I recall sitting in the audience at a money manager conference, circa 1999, in, if I recall correctly, Chicago. The place was abuzz with conversations about the tech sector. One of the featured speakers was the lead manager of a fund with “net” in its name (the name’s been changed at least three times since). Its inception was August 1996 — at the market peak in March 2000, the fund was up nearly 1,000%. 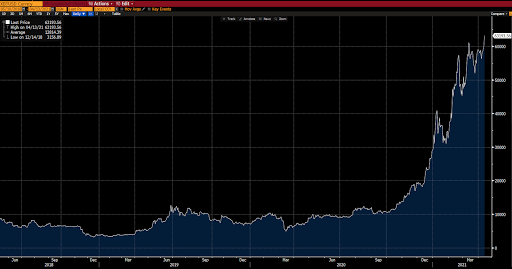 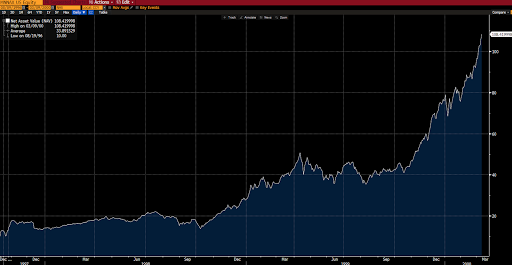 Honestly, the only thing I recall from the gentleman’s presentation came from the Q&A session. Someone asked about his stock selection process. He placed great emphasis on simply the name of the company (I kid you not), citing a few examples. In essence, he was placing positions with other people’s money based on the catchiness of whatever appeared ahead of .com in a company’s name.
Of my recollections from the dozens of conferences I attended in those earlier days of my career, that comment, along with the prognostications of then rock star futurist Harry Dent (Dow 40,000 by 2011), and a lesson on “fat tails” (rare event risk) by Black Swan author Nassim Taleb, stuck with me the most. Taleb’s, I felt at the time — turns out correctly so — to be the only one of the three that warranted further exploration on my part. Although, I must say, the other two were indeed instructive in terms of the potential market impact of crowd-think and hyperbole.
So, last night Elon Musk hosted Saturday Night Live. Toward the end of the host-monolog that opens every show, his mother walks on stage, has a few words, and in parting tells her son that she hopes her Mother’s Day present is not Dogecoin. Son said “it is.” Mom shrank into a disapproving slump, and so (immediately) did the value of her son’s gift: 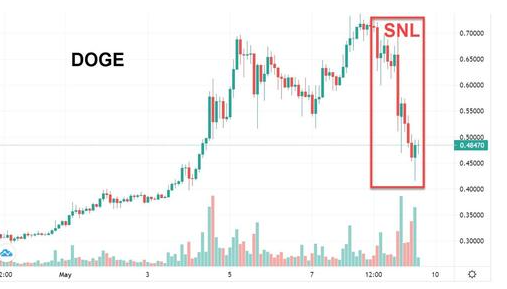 Yes, folks, the “market’s” willingness to bid up or down the price of an “asset” on even the joking of a celebrity figure (ironically, Dogecoin was invented as a joke), has me thinking lots lately about those dot.com days of the ’90s.

Of course a number of friends, and clients, have inquired as to my thoughts on doge, bitcoin, crypto in general — and while I indeed share what I believe I know, the risks, etc., on the topic (feel free to reach out if you’d like my entire take), I always end the discussion with advice to only invest money they’re certain they can do without.
Oh, almost forgot! Here’s what the second three years of the life of the fund referenced above looked like: 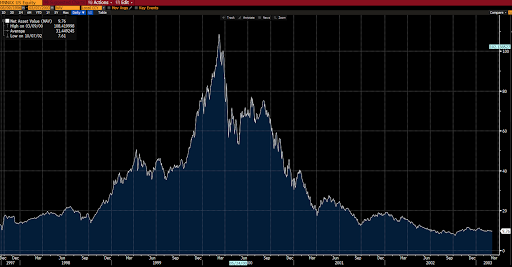 Happy Mother’s Day to all you wonderful mom’s out there! And if a cryptocurrency happens to be your child’s offering, just know that it’s a token of the extreme love he or she has for you. Whether or not it’s a token of anything ultimately materially valuable, who cares… it’s the thought that counts 😍.
Marty