Well, as I begin to pen this week’s main message I’m wondering how many ways I can spin my commentary around a setup that has stocks trading far removed from fundamental reality — although our technical assessment has improved markedly.

I mean, from how many different angles can I continue to beat the proverbial dead horse?

Well, seems like each day a new data point emerges that eclipses some previous bubbly record, typically around the tech bubble experience — when many such a record was set.

Bottom line, and again, at the end of the day, absolutely, US equities (regardless of Wall Street’s narrative around, say, P/Es and interest rates) — and credit markets as well — are bubbly, no matter how we slice them.

Thing is, bubbly conditions can endure for a very very long time.

One case in point: As the market was working its way to its legendary 1929 peak, the world’s most respected economist at the time, John M. Keynes, directed the following at all of those who, like himself, were short the market,

“The market can remain irrational longer than you can remain solvent.”

That, alas, ultimately spoke to his own experience at the time…

Rationality, given today’s setup, to us here at PWA means allocating smartly to where logic and, to some degree, capital flows demand, while hedging with weak-dollar plays (read commodities) and keeping an options hedge alive whilst the macro ice (particularly with regard to debt) remains so historically thin.

So, rather than coming up with some new angle from which to tell the same old story, I’ll devote the remainder herein to a few highlights from our most recent posts:

“While, per the market action of late, the sentiment, the flow and the call options data (size and volume), there’s a major cohort of investor out there who I suspect believes that making money in stocks is easy peasy — I also suspect (certain in fact) that long before their journey’s over, their perspective will evolve into something more akin to reality:” 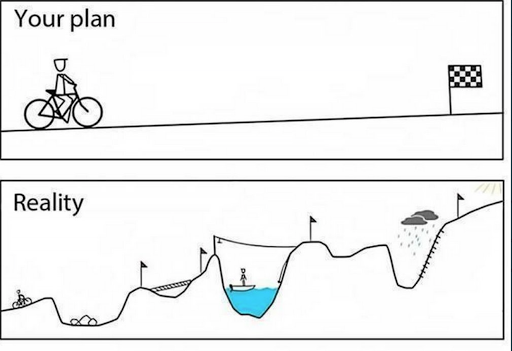 “The fact that consumers have been paying down revolving debt, while presently saving at a 13.5% of income pace — while nothing at this point long-term conclusive — is reminiscent of the Japan experience; where the private sector became ultimately interested in repairing its balance sheet — which had long-term effects on both economic activity as well as policy:”

” Investing icon Howard Marks, in his essential Mastering the Market Cycle, speaks to our latest messaging around the excessively-high optimism presently priced into the stock market:  emphasis mine…

“…regardless of what’s going on with regard to the economy and company profits (that is, as the academics say, ceteris paribus or “all other things being equal”), the outlook for returns will be better when investors are depressed and fearful (and thus allow asset prices to fall) and worse when they’re euphoric and greedy (and drive prices upward).””

“Regular readers know that we believe that, at long last, inflation is likely on our horizon (read here, here and here).”

“So why’s inflation such a big deal?

Well, for one, replace “inflation” with “cost of living” and you should have a different feel for the concept.
And, for another, rising inflation is generally accompanied by higher interest rates. Now think about rising interest rates amid the greatest pile of debt the world’s ever seen, and, well…”

“Here’s Reinhardt and Rogoff in their critically acclaimed This Time is Different: Eight Centuries of Financial Folly on that broken record we’ve been playing herein ad nauseum since summer 2019:

“If there is one common theme to the vast range of crises we consider in this book, it is that excessive debt accumulation, whether it be by the government, banks, corporations, or consumers, often poses greater systemic risks than it seems during a boom.””

“Here’s one more from Seneca. Speaks to the torment (just kidding, we love what we do!) that is portfolio management:

“If, in fact, you believe that economic cycles, with their checks, balances and corrective functions in place, are actually very healthy phenomena, then you lament the utter artificiality in today’s macro and market setup.

You sense that what’s rosy on the surface rests above a smoldering pile of public and private sector debt, that, were it to erupt — were the ultra-thin tectonic plates keeping it at bay to shift — it would essentially take no prisoners from the crowd that actually believes that academically-endowed politically-appointed economists indeed possess the magic that will forever overcome economic nature…

Of course, lamentations aside, one can’t let one’s understanding of economic nature keep one from exploiting the opportunities that arise when policymakers essentially panic… and, therefore, print… and borrow… and spend… and attempt to manipulate markets…”

“When it’s all said and done, this is not the setup we’d ask for, but it’s the one we got. And while indeed stocks would have to fall a long way, in my view, to catch down to fundamental reality, that fact alone — and the attendant consequences should that occur — given today’s debt and interest rate backdrop, present us with unusual clarity in terms of portfolio allocation going forward.”