Chart of the Day: Leaders Rolling Over

While what’s worked (namely the FAAMGs) year-to-date has been rolling over of late, concentration among the S&P 500’s largest 5 positions (FAAMG) still sits way above the previous tech-bubble high (top). 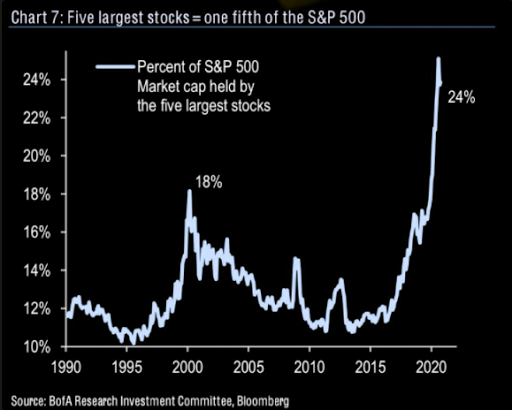