Founder & Co-Chief Investment Officer
On occasion I’ll share from our internal market log. In the interest of time, I simply cut and pasted this morning’s entry herein and hit “publish.” So it lacks the editing I might otherwise perform for public consumption. Therefore, feel free to shoot me an email, or comment below, if you’d like me to clarify any term or statistic featured. I’ll get back to you before the weekend’s out.
Have a nice one,
Marty
9/5/2020

Last week saw the market selloff sharply on Thursday and into Friday, although Friday closed measurably off of its intraday lows. 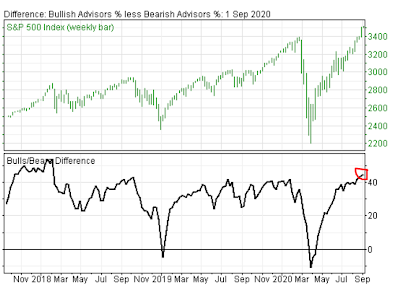 Gamma-hedging looks to be at near-record level. It was reported yesterday that Softbank had taken mammoth OTM call positions on big U.S. tech names, forcing dealers to hedge by going long the underlying equities, thus exacerbating the upside in a manner that has zero to do with additional investor bullishness. Previously it was assumed that “Robin Hood” traders discovering call options were responsible for the hugely high gamma hedge in the market. 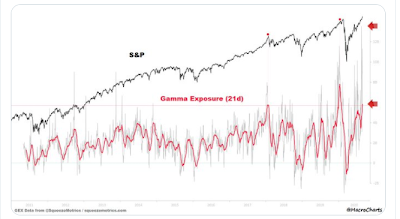 Of course that strong reversal in the put/call ratio at the end of last week, should it persist, could morph into a gamma flip that would essentially reverse the above narrative. Put-sellers would have to hedge by shorting the underlying, exacerbating a market selloff.

I’ve also been making/sympathizing with the case that a strengthening dollar would present a serious headwind for equities. Ironically, the dollar rallied strong on Wednesday, then some into Thursday, as stocks fell apart… The intrasession action from Thursday-on showed huge negative correlation between dxy and spx.

The latest readings on short interest in the top 5 spx positions, as well as in SPY, QQQ and the NYSE shows a significant abandoning of recent short positions. I.e., there’s significantly less short-squeeze potential to catapult a rally vs the past several months.

While I remain long-term bearish on the dollar, it’s been technically oversold, while the Euro has been overbought. I fully expected, at a minimum, a technical bounce in the dollar. An additional tailwind could come at next week’s ECB meeting. The Euro’s present level is problematic for the Eurozone. I suspect they’ll, at a minimum, attempt to talk it down a bit; which would be naturally countered by a bid in the dollar.

And hugely net long the Euro:

Lastly, for this note, the VIX last week hit its highest-ever level amid a stock market all-time high. Historically-speaking, that’s an ominous signal: 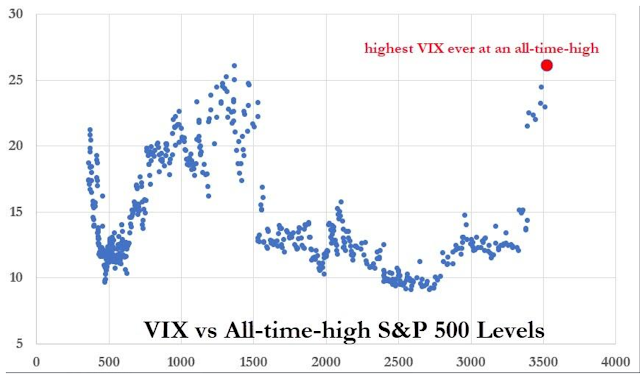 Bottom line: Among messy (to put it mildly) macro conditions, a confluence of factors came together (among other things, add sentiment around fed and fiscal stimulus to the above) to push the equity market to all-time highs. As I type here today, much of the structural phenomena that allowed that scenario to unfold has largely evaporated.

Now, as we know, the stomach in Washington for a market selloff is non-existent. Therefore, we should expect, at a minimum, the promise of the pulling of some stimulus levers between now and when the market opens next Tuesday. In fact, in a Friday afternoon press briefing the President said: