This Week’s Message: What Others Think Others Are Going To Do…


And I have to conclude that that’s what explains how the S&P 500 Index — at a time when in a matter of weeks 30 million Americans have filed for unemployment — trades at a level relative to GDP that’s just off the highest on record: 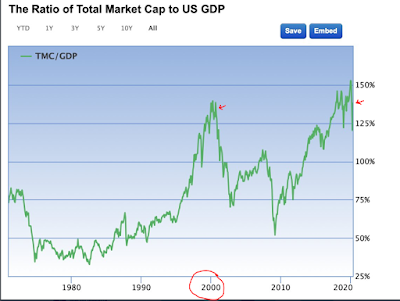 And at a price to sales ratio that, before the recent market-topping process/period, hadn’t been seen since the valuation-record-breaking tech bubble era:

And ditto for price to “estimated” earnings (blue line represents the S&P 500 Index):

My base case that stocks have yet to see the worst is entirely based on data and experience. My illustrating aplenty herein that bear market retracement rallies are the norm is meant to help our readers understand how incredibly risky it is to wade into this snap-back rally as if the bear market is already over. Which, by the way, would make it the shortest on record — amid the worst economy on modern record! Just seems like a very far-fetched notion if you ask me…


As I’ve reported, short interest on S&P futures contracts has recently hit multi-year highs, as has short interest on the largest ETF that tracks the S&P. Trading futures and going short (betting on a selloff) are the riskiest of endeavors if one doesn’t know what one is doing. And, of course, having the wherewithal to go to either place takes a certain level of knowledge and sophistication. My point is that there’s likely a concentration of savvy-ness in those numbers.


And, yes, savvy-ness aside, those short-timers playing the short side have been really wrong of late, and, therefore, to avoid paying too big a price, I’m certain that a fair number of them have — in buying to cover their short positions — aided the rally along.


So, the shorts were obviously thinking that others were thinking that the bear market rally was about to run its course, particularly as the uber-negative data started hitting the tapes.


Ah, but, obviously, yet savvier players with combined more capital are thinking that others are thinking that others have become addicted to the buy-the-dip they’ve been dunking their chips into for the past decade+, thus failing to taste that the dip is by now spoiled. And that record monetary and fiscal stimulus will have them double, triple, quadruple-dipping, etc., until, well, the reality of the world’s situation finally sinks in — and they come to realize that they have a problem.


Now of course comes the hard part for those savvier ones; timing their exit right before the next big selloff begins…


Well, that — in terms of market price action — is in essence how the early phases of past bear markets have played out (a big initial liquidation selloff, a strong retracement rally, a rolling over to new lows, then repeating a few times). Doesn’t at all mean that’s how this one will play out, but it remains my base case for now… 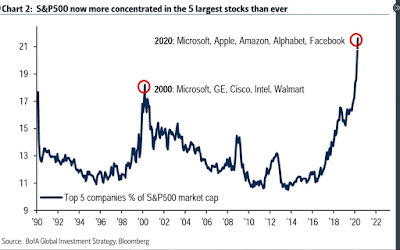 
In his outstanding, and instructional, book The Second Leg Down, Hari P. Krishnan points to the huge risk that exists when large investors are all “wired” in the same way (the last line should resonate with clients):   emphasis mine…

“If large investors are all wired to react to price moves in the same way, volatility can appear out of almost nowhere. As the financial ecosystem becomes less diverse, the risk of spontaneous crises increases. Many risk systems use similar inputs, such as volatility or the level of cross-correlation in the market. This can produce common exit points and severe congestion as a large number of systems are trying to reduce positions en masse. No amount of fundamental analysis can tell you how to avoid these so-called “flash crashes”. Flash crashes are dependent on price action and positioning. The adage that the goal of markets is to produce the most pain to the largest number of investors is appropriate here. The only defences for a lower-frequency trader are to avoid leverage or to use options as insurance.“


Thanks for reading!
Marty