This Week’s Message: Why We’re Not Buying the Dips, or the Rallies

Well, it’s been a nice, and welcome, couple of days in the stock market. Of course this came as no surprise to regular readers.

I was very comfortable expressing on Monday that I saw strong odds of a strong rally this week; based on how I viewed the trading action in recent days.


Having professionally experienced every bear event since 1984 — and having charted/studied history’s others — it was clear to me that many in the investment world (pros and amateurs alike) remained in classic denial (too many still are). Which meant that much of the world was itching to buy stocks in a big way.


So when the huge Fed stimulus package bounce was met with aggressive selling, my view wasn’t remotely sympathetic to what some pundits were already proclaiming — that it was the sort of capitulation selling that ends all bear markets [a mere 3 weeks in]) — but rather that itchy buyers were simply waiting for the politicians to fashion together the biggest stimulus package of all time; once they got that the market would soar. Which is how it played out… save for today’s late-day give-back on news that Bernie Sanders was holding up the bill.


So we’ll give it another day or so before we begin to see to what, if any, extent this particular bear market rally can sustain itself.


Jobless claims tomorrow morning will likely be something to contend with…


I’ve been mentioning herein the massive quarterly rebalancing that is likely to come over the next week, as funds with target allocations to equities will presumably be buying in bulk… We’ll see… I’ve no doubt that more than a few savvy traders are licking their chops; waiting for the spot where they can most profitably catch (sell into) the next leg lower — assuming there’ll be one, which is my present (always subject to change) assumption.


So let’s chart the latest:   click each insert below to enlarge…


Yesterday and today are represented by the two green candles in the lower right: 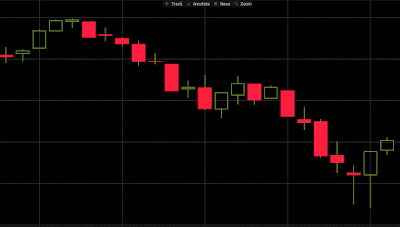 So how can I be so certain that this is your classic bear market rally, that, in essence, the capitulation pundits have it all wrong?


Well, I really can’t be “so certain.” The best I can do is — first and foremost — study the macro, along with the structural issues underlying it, and evolve my thesis along with these rapidly-evolving conditions. Also, I can study and chart prior bear markets for insight into the herd mentality that forms, and moves markets, when things get dicey.


In fact, please forgive me, for I was pulling your leg with the graph above. That’s actually not current, it’s actually just a few weeks into the 2008 Great Recession bear market.


And here’s the whole thing (the above two-day rally circled in white):

Yep, we had a long way to go, and the folks who bought into that rally — if they didn’t jump right back out — got hurt, badly. 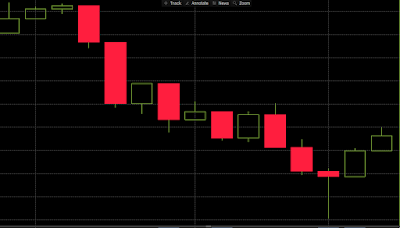 I know, just because I can locate a similar-looking two-day rally that happened to fail during the last bear market doesn’t at all mean that this one has to play out the same way. I mean, like I’ve been saying lately, history only sometimes rhymes. Right?


Right! And, please forgive me, once again, for that last graph isn’t current either. That huge two-day rally actually occurred during the tech bubble massacre of ’00 to ’03.


Here’s the whole thing (the above two-date rally circled in white):

This one’s current, I swear! 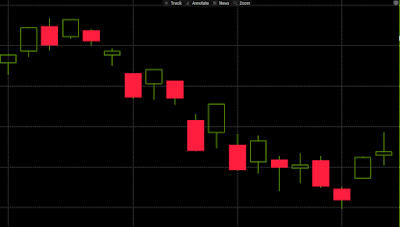 You know, it would be one thing if the above took any time at all to produce. Fact is, if it was at all challenging it was because there were literally dozens of eerily similar failed rallies during those past bear markets to choose from. Which makes sense given that Monday’s monster rally made it the 10th biggest of all time — I mean, it makes sense when you consider precisely when the 9 biggest occurred: 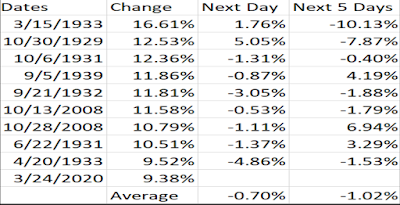 Bottom line: History shows us that the strongest rallies occur amid the weakest markets.


Now, frankly, after having devoted this week’s message, thus far, to bear market rallies, their occurrences in and of themselves are meaningless for our purposes.


The reason we’re not buying the dips or the rallies right here is not because we’re likely in the very early stages of a meaningful bear market, it’s because our macro assessment — which had already uncovered serious cracks in the economy months before this all began — is signaling the obvious; that general conditions, as they reflect in the data, are going to get far worse before they begin to get better.


The signs we’ll be looking for before we begin getting growthy in more than the most incremental way will be a marked improvement in what is the negative rate of change in the macro data, along with clear signs that the effects of the most massive corporate credit bubble of all time have either worked their way through the system, or by some miracle have been effectively kicked further than a few months down the road.


In the meantime, you’ll (you clients) continue to receive more than the usual number of trade confirmations. As you’ve noticed, bear markets move fast, with intense volatility. They, thus, require a far more tactical investing approach versus those long comparatively easy to manage bull markets.


Here’s macro strategist Julien Brigden today on what’s in store, and on the importance of adjusting along the way:

“Market implications going forward are going to be utterly, utterly profound. This, ladies and gentlemen, is a generational change in macro and markets as we understand them. Where we are a year from now will look nothing like where we had been a year ago. This is where things truly change and if you don’t stay on top of them, if you’re not able to adjust, the implications are amazing.”

“The losses going through society are going to be pronounced…”

And here’s author and mathematician Steven Strogatz on the real versus the ideal:

“What fascinates me as an applied mathematician is the push and pull between the real world around us and the ideal world in our heads.”

Our task is to transcend our notions of the ideal, while constantly/objectively assessing the real, and investing accordingly…

And please be safe!